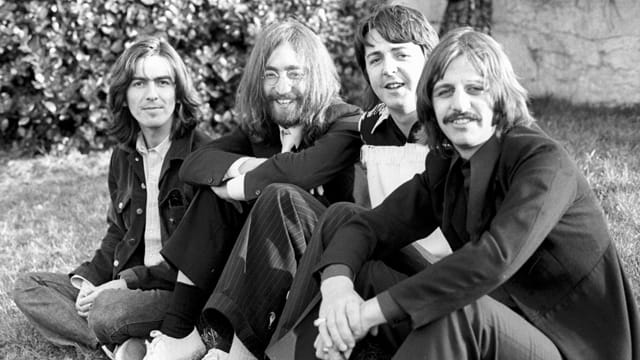 When discussing the final year and break-up of the most popular rock band ever, it's easy to stoop to simplistic cliches, regurgitate tired punchlines, and focus on the negative sides of the band's literal and figurative ledgers. But journalist Ken McNab goes beyond the obvious in his book, And in the End: The Last Days of the Beatles, which doesn't shy away from the nitty-gritty details of the Beatles' dissolution, and provides a level of context and cause-and-effect rationale that other attempts to tell the story have struggled to capture.

"There's a lot of light in the book, it's not all dark and division and rancor," McNab said from his home in Scotland. "When you get to Abbey Road, it's amazing how they were able to put down the boxing gloves and reunite for one last album, their last letter to the world." Abbey Road was created amidst a brief period of detente within the Beatles, as the uncomfortable Get Back sessions and conflicts over the band's management continued to drive a wedge between its members.

McNab took us deep into the weeds of 1969 in Beatleland, and discussed the biggest fight John and Paul ever had, the "demon king" who sowed seeds of discontent, and how he felt about treating the "Paul is dead" conspiracy theory with as much integrity as the rest of the story. Released last year in the UK, And in the End is out now in North America.

AllMusic: When you set out to write the book, were you looking to present a single definitive chronicle of the end of the band based on what had already been reported, or did you expect to uncover new information?

Ken McNab: The idea was to treat it like a diary, go from month to month, compartmentalize all the different events that took place in these months, and try to draw some kind of conclusion to them, while at the same time bringing something new to the table. In doing so, you uncover that events that took place in January 1969, the ramifications of these events didn't really emerge until five or six months down the line. And the impacts or consequences of those decisions made earlier in the year were quite devastating for the future of the band, especially for the relationship between Lennon and McCartney.

AllMusic: The book stays pretty focused on what was going on at the time, but did you zoom out to think about why people are still so fascinated by their break-up?

McNab: What I've always been fascinated by is their story, it's like a musical Big Bang, where these guys all appeared as lights in this musical constellation, and that alchemy could only be created by them. By the time they get to 1969, it's becoming very difficult. And with all the things taking place in the background, it's incredible, a huge roller-coaster of activity that took place, even in that last year. Certainly at the beginning of the year, this was a band on life support, but no one wants to be the one to pull the plug.

They've become rock's greatest legacy band and greatest influencers, and maybe they stepped off the page at the right time, so the legacy wasn't allowed to deteriorate. They're frozen in amber on the cover of Abbey Road, you see four guys stepping into legend. But as a band they don't grow old. So that's something to do with their durability. Last year, Abbey Road was the biggest-selling vinyl album in the UK throughout the year. At the end of the day, it comes down to the music, and it seems to have a magical quality about it that transcends all the generations.

AllMusic: It's fascinating that the biggest band in the world was in financial trouble, and were such victims of their own success that they couldn't afford to buy their own catalog.

McNab: The reason for that partly is because a terrible naivete crept in, and allied with a certain amount of egotism, so that when they lost Brian Epstein in August of 1967, and the idea that they'd set up their own company called Apple and run it themselves, smacks of incredible naivete. At the end of the day, we have a rhythm guitarist, a bass guitarist, a lead guitarist, and a drummer: they are musicians, not businessmen. No amount of self-belief can alter that truth, that they were not equipped and didn't have the skills to be business managers. It wasn't long before the ship was so rudderless that it was in danger of sinking, and by the time they get to 1969, the waves are lapping over the front of the boat.

At that point, enter such nefarious characters as Allen Klein, who was the manager of the Rolling Stones, and he had an ambition that he was going to "get" the Beatles. When he heard that they were heading towards bankruptcy, he thought the door had suddenly creaked open and he had his opportunity to make his pitch. If I had to point to the intervention of one particular individual, I would point to the arrival of Allen Klein to the narrative, because he's the demon king of the Beatles' story, in a sense, he's the one who created this terrible schism between Lennon and McCartney.

AllMusic: The "Yoko broke up the Beatles" cliche feels like it's faded somewhat as time has gone on, but it's true that her presence was a factor. How carefully did you want to tread that line?

McNab: It wasn't so much tiptoeing through a minefield, because at this point, is anybody really that bothered? But she's an easy target, and Paul McCartney has repeatedly said that he doesn't blame her for breaking up the Beatles, but it's an undeniable truth that her presence in the studio created enormous tensions. Also, these are four northern England guys, it was a completely different cultural landscape then than it is now, so there's also an element of misogyny. McCartney had to deal with tiptoeing around this relationship with John and Yoko, and the knowledge that if he confronts him and it's a choice between Paul or Yoko, John will choose Yoko, and it's the end of the band.

In contrast to that, George Harrison had Liverpool cynicism hot-wired into his DNA. He had no filter, and he had no problems about saying to John, "I don't see why she's here." In a musical sense, there was a wedge between Harrison and Lennon over Yoko's presence, and history reminds us that Harrison walked out on the band in January, not long after the sessions for Let it Be had started. Much of the reason for that was because he couldn't stand Yoko being in the studio, and her presence stymied John's creativity and made him very passive when it came to group decisions. So George said, "I don't need to be here, I can be somewhere else."

AllMusic: I didn't entirely understand why it was such a cardinal sin that Paul McCartney bought additional shares in their publishing company, Northern Songs. Why shouldn't he invest in himself?

McNab: It's a really good example of people who do things in one month and the impact doesn't materialize until down the line. When they set up Northern Songs just as the Beatles' elevator was taking off in 1963, there was a gentlemen's agreement that they'd retain an equal shareholding in Northern Songs, and the controlling shareholding would be held by Dick James.

But unknown to John Lennon, Paul McCartney had been secretly buying shares of Northern Songs, probably on the advice of Linda's dad, Lee Eastman. When Allen Klein was brought on board, they agreed that he'd carry out an audit of the band and examine their financial affairs, and during his audit, Allen Klein uncovered that McCartney had in fact secretly been buying shares of Northern Songs without telling Lennon. Klein was very Machiavellian, so he didn't tell anybody, but he kept it up his sleeve.

Four or five months later, there was a business meeting at Apple, and during this meeting, Klein just happened to let it slip that he'd discovered that McCartney had been buying up shares on the side, and John Lennon was apoplectic with rage to the point that, according to to various accounts, they were nose to nose. I don't think blows were exchanged, but it was probably the biggest row they ever had in a business sense, and after crossing that line in the sand, McCartney had to sheepishly fess up. But it was one of the most acrimonious meetings that ever happened between them.

AllMusic: Were you enthused about diving into the "Paul is dead" saga?

McNab: For any writer who likes a good yarn, it's a fantastic story. I spoke with Russ Gibb, the Detroit DJ who was instrumental in being a conduit for this information as it began to unravel, and he shed light on some elements of it, like when he spoke to Eric Clapton about it and Clapton said, "You know, come to think of it, I haven't seen him for four or five months, and he did look a bit different..." so it suddenly grew arms and legs.

It's rubbish, and it's probably the best-known conspiracy theory of the '60s, other than the JFK conspiracy. But it did take on a life of its own, and even now, it's amazing that some people think it's true, that he was replaced by a clone or an impostor who just happened to have the same knack for writing songs like "Let It Be" and "Hey Jude," but why let facts get in the way of a good story? It was another example of having to try to get to the kernel of the story, because lots of people don't know how it got started, so it was all about getting to a credible source and standing it up or knocking it down. Now it stands on its own merits as one of the '60s biggest cultural quirks.

'And in the End: The Last Days of the Beatles' is available now.

Mr. Bungle and the Case of the Bizarre Reunion

Confessions of the Metal God

Mr. Bungle and the Case of the Bizarre Reunion

Confessions of the Metal God